One of the most notorious invasive species in the US is the killer bee, sometimes known as the “Africanized honeybee.” The Africanized honeybee is a creation of our own making, much like Frankenstein’s monster. When it comes to the killer bee, we seem to have produced a monster, despite the fact that genetic hybrids have in the past increased productivity in a number of animal species. Learn more about the deadly bee by reading on.

The Case of the Killer Bees The so-called killer bees have garnered a lot of media attention. These vile-tempered bees have made for some great news stories and low-budget horror films. However, this type of publicity has had an unfavorable effect on backyard beekeeping. Gaining the support and acceptance of one’s neighbors might be challenging for a beekeeper due to the consequent fear in the neighborhood. Additionally, dramatic headlines against beekeeping in some places have led to sensational laws. The general public has been cautioned. Additionally, killer bees cause the beekeeper to face the following issues:
If they exist in your area, you must carefully maintain your colony to keep your own bees from crossing over and evolving into more aggressive species.

What are “killer bees”? 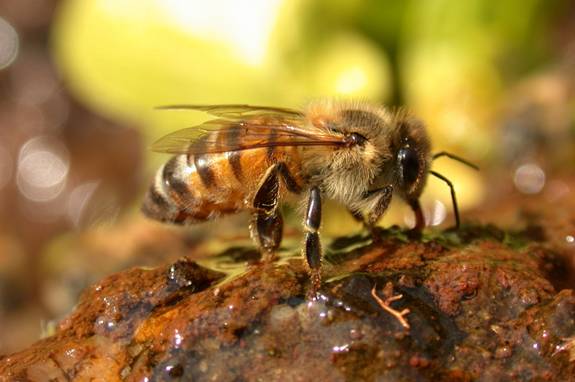 Let’s get the name straight first. If you want to get technical, the bees with a terrible reputation are actually Africanized Honey Bees (AHB) or Apis mellifera scutellata. The “killing bee” alias was created by our media buddies. How did the AHB issue develop? It all began in Brazil in 1956. A team of researchers was experimenting with the breeding of a novel hybrid that produced more honey. They were mating the far more submissive African honey killer bee with the infamously violent African honey bee. But then there was a small mishap. A few African queen bees got away and entered the Brazilian bush. The obstinate queens mated with local European bees, and presto: the AHB emerged as a formidable force.

you can read about the African honey bees from here.

AHBs resemble European honey bees on the outside. In order to tell the difference, you actually need a microscope or a DNA test. Their poison is not much more potent. And like our beloved bees, they too perish from stings. Their temperament is the primary and most infamous distinction. They fiercely guard their hives, strike quickly, hunt intruders for vast distances, and harbor resentment for days after an encounter. There have been incidents of AHB attacks leading to human deaths. These claims, however, are uncommon and virtually always involve victims who are elderly and unable to defend themselves. Such tragedies can be given quite a dramatic twist by the media, which has hurt honey bees’ reputation as a whole. For several years, my friend Kate Solomon taught Brazilian beekeepers how to use the AHB while serving in the Peace Corps. Kate worked hard to avoid being stung by these “killing bees,” and yes, she does put cotton in her nose and ears to deter opportunistic explorers.

Since “the accident” in Brazil fifty years ago, AHBs have been migrating northward to the US. The first AHB colonies were discovered in southern Texas in 1990. They have been confirmed as of this writing in quite a few southern states. The ability of these bees to survive in the north is unknown (after all, they are a tropical species). In any case, they came in the midst of lots of media attention. Both the general people and beekeepers will need to learn how to manage them. Search “Africanized Bees” on the website www.usda.gov to find a current progress map.