The Origin of bee bread (Borage): 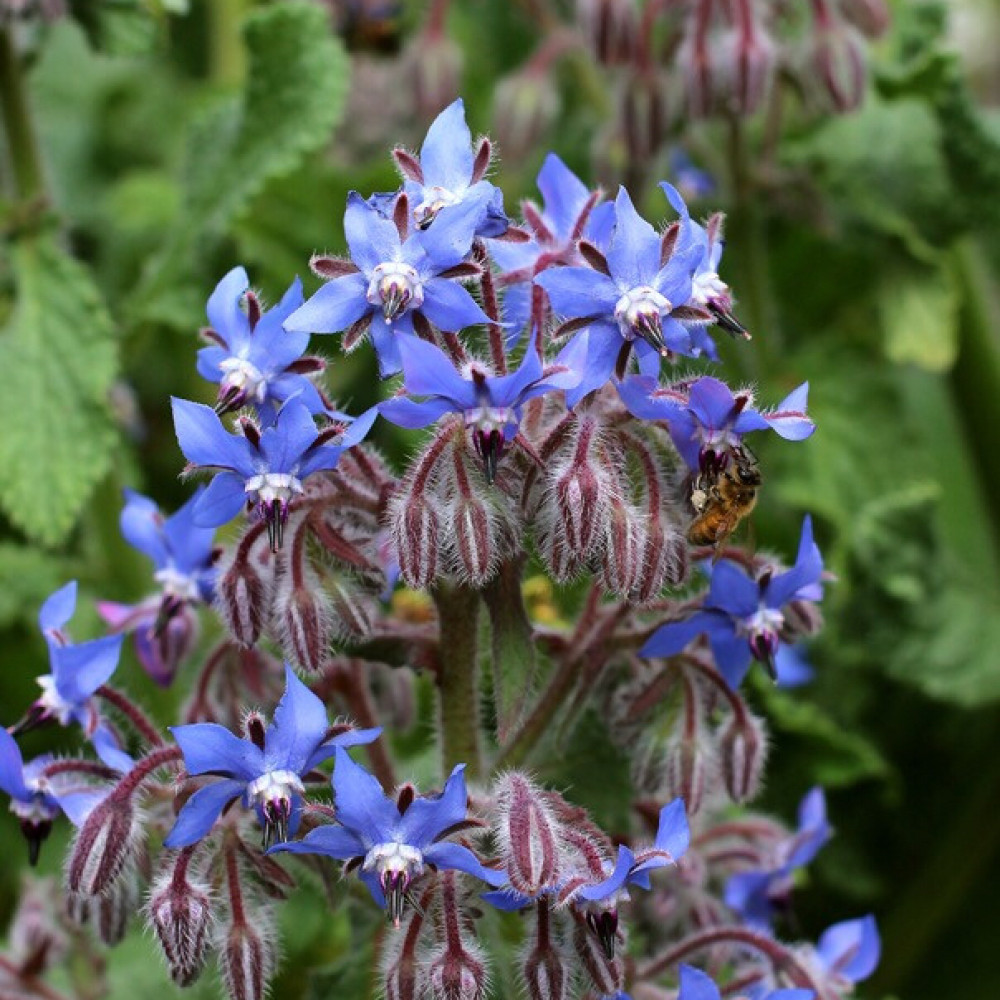 This plant’s original habitat, where it grows in its natural state, is the Fars Mountains, the Island of Mosul, the Regions of Damascus, Aleppo, and the Alps. Additionally, it is widely grown in Britain and France, and the Arabs introduced it to Spain (Andalusia).

It goes by the names Googles in Greek, Karzban in Persian, Borage, Beebread, and Starflower in English.

I believe this plant’s common name is “bee bread”(Borage) due to the abundance of pollen and nectar that bees use to feed both male and female larvae. It is known as brood food, or honey, in the beekeeping industry contains pollen, hence the name “bee bread.” 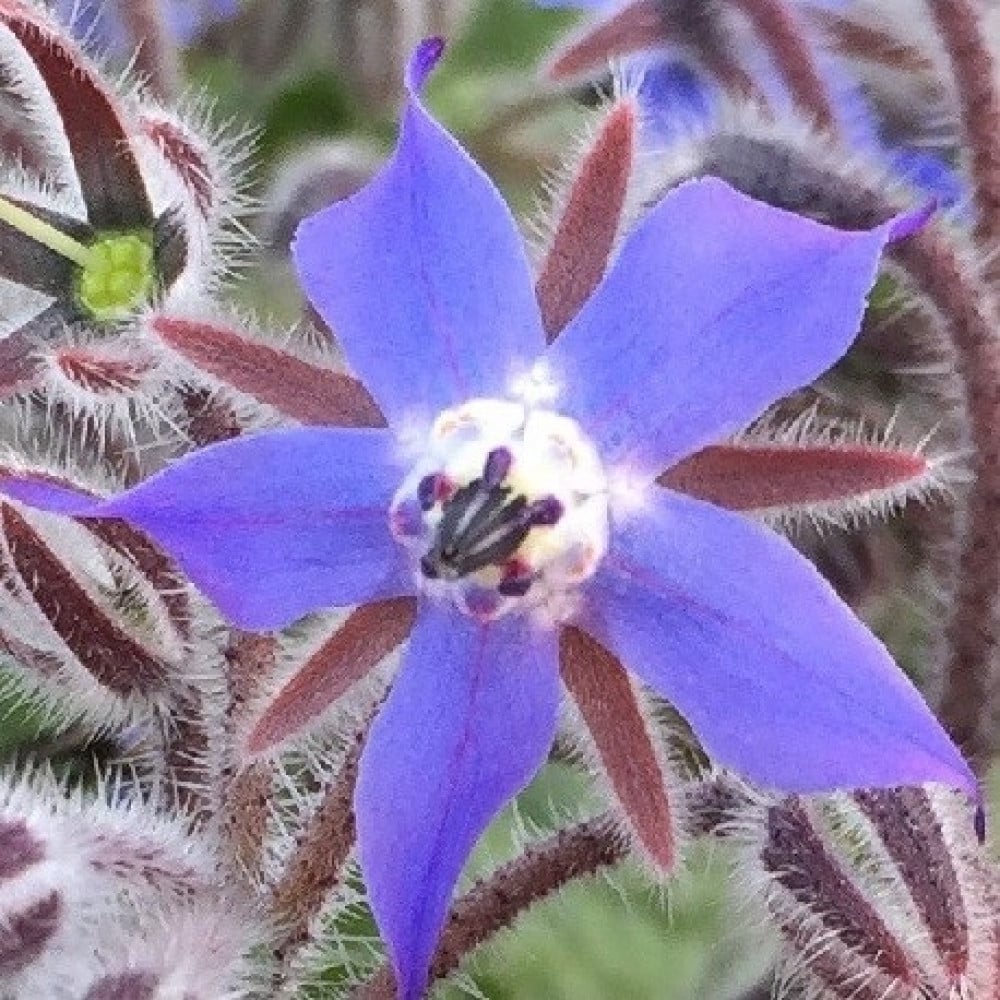 The plant’s vegetative development is limitless, and all of its many sections are covered in a thick layer of white fluff.

The large leaves are simple, oval in shape, alternate on the stem, 10–20 cm long, with a short neck and green color, and are coated in dense bristles. The little leaves have a cucumber-like aroma.

Star-shaped, tiny, 1-2 cm in diameter flowers with dark brown stamens are found amid blue or purple inflorescences. Each pink inflorescence on a plant averages about 20 flowers, for a total of about 5,000 blossoms on each individual plant.

Fruits: Initially green, they turn dark as they ripen and dry out dark and have a harsh, abrasive exterior.

Small, dark-colored seeds that are viable for a long time (7 years). The multi-purpose plant known as bee bread is pricey in all of its parts, particularly in European markets (seeds, dried flowers, and the medicine made from the juice of the stem and leaves). The plant has a therapeutic substance that is effective in treating urinary tract infections, heart illness, rheumatism, stomach ulcers, obsessive-compulsive disorder, weak mental faculties, and joint discomfort.

The blooms are a laxative for the stomach, the leaves and stem are diuretic and antipyretic, and the seeds are used to cure gum disease.

The plant and its components are added to food and salads to enhance flavor and taste. The vibrant tops and luscious leaves have a a pleasant savory taste with a touch of sweet caraway and a cucumber smell. Various green salads call for fresh greens and lemon, and pickles can also be added to give them a delightful flavor. Its leaves, blossoms, and stems are used to flavor cheese, yogurt, pork, and fish, among other foods.

This plant is one of those that is grown during the winter, when sugar and protein nutrition are essential for bee health. Studies have shown that the strengthening of the sects during this time was caused by bees feeding on the bee bread plant’s blossoms. Because there were many bees on the plant and they collected a lot of pollen and nectar, the sects produced a lot of honey and had a lot of brood, which allowed them to emerge in the spring. It is healthy and powerful, which increases the bees’ resistance to diseases (brood rot, Nosema, diarrhea, etc.).is among the main reasons for artificial feeding, and healthy colonies are better able to withstand other pests including varroa, acarine, and eastern red wasps.

The bee bread  (Borage) plant’s most crucial characteristics for honey bees are: 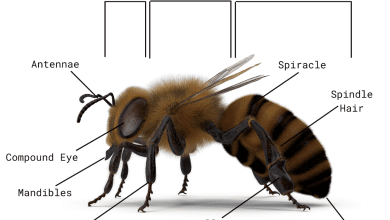 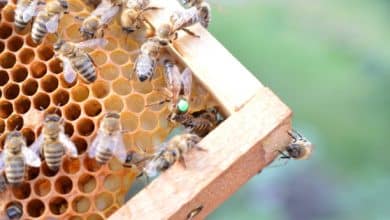 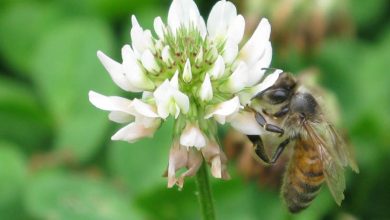 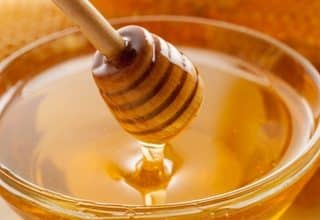 What advantages does capers honey have?