To construct their honeycomb nest, bees need wax. Honey is the primary component and energy source for this activity.

Production by the bee

Four pairs of glands on the underside of the bees’ abdomens are used by the bees to sweat wax. The pollen that the baby bees consume after emerging from the cells affects how the wax glands develop. The bees will later have the best potential to grow thanks to the early rich pollen intake. The greatest wax is sweated by bees that are around 10 days old. 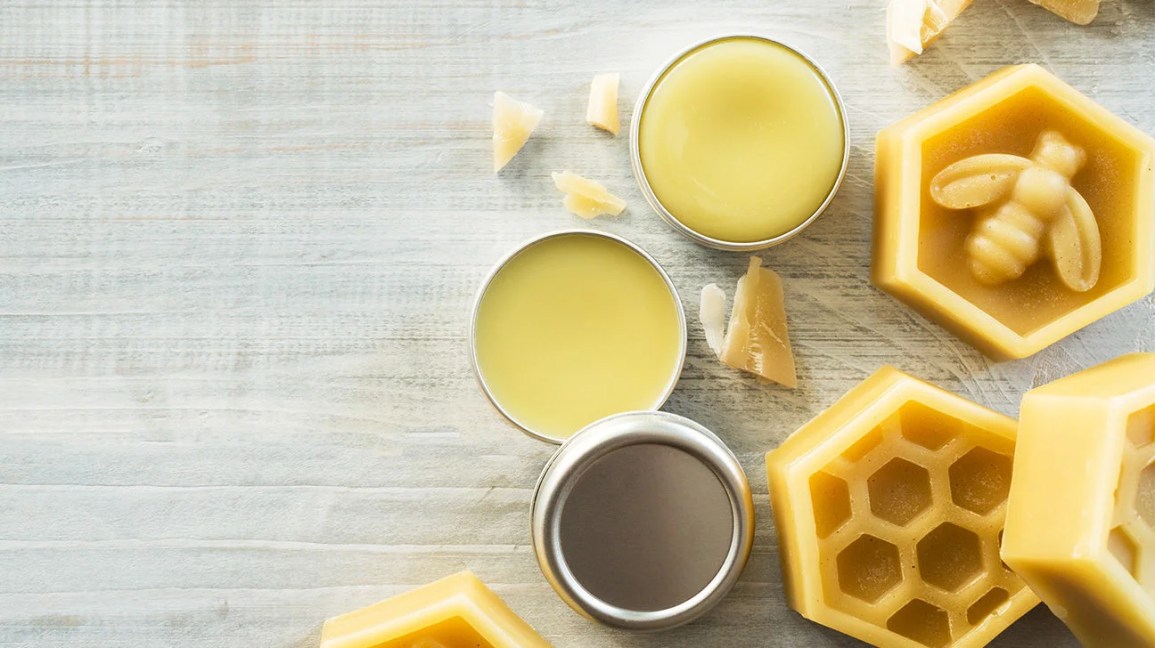 Beeswax isn’t actually food because it doesn’t include any proteins, digestible lipids, or carbs. However, it may be used as a food ingredient. Beeswax serves as a filler rather than being digested when consumed, such as when it is a component of comb honey or confectionery. As a result, it aids in the digestion of the food, although the beeswax itself is eventually expelled undigested.

Beeswax is obtained from a variety of places. With each large bee nest containing about 1 kg of wax, the honeycomb in feral colonies can be quite useful. Wax can also be obtained from used honeycomb. Small comb fragments can be gathered and saved until the total is valuable enough to melt:

comb from hives, frames, and wax cappings that are removed before the honey is taken from the comb can all be examples of these. Wax from wax cappings is typically of good grade and is simple to remove.

Through a rectangular box that is tilted and covered in glass (ideally double-paned) or transparent plastic, wax can be melted by the sun. The box’s base is covered with a heat-absorbing plate. Sunlight is absorbed by the plate after passing through the glass. This plate converts heat from the sun’s rays, raising the temperature inside the box. The wax melts and drips down the plate into a catch tray from a grate in the box. This solar wax melter works great for empty combs and wax cappings.

Comb fragments and wax cappings are packed in a cotton or jute bag before being melted with hot water. The bag is submerged in a water-filled cooking pot and kept there by a press weight. The water has been warmed. The wax starts to melt when the temperature reaches 65 °C, filters through the bag, and floats to the top. When no more wax is visible on the surface, pushing the bag with more force will release a small amount more wax. To remove the residual wax, which can be as much as one third of what was taken in the first effort, this process must be used one or two more times. Even after melting, there are imperfections in the wax, particularly on the undersides of the wax sheets. These are easily removed by scraping. After being washed once more in hot water or steam, the wax is then poured into one or more smaller shapes. Since the wax doesn’t get much hotter than 70–80 °C, these can be made of metal or even plastic. It is ideal to let the form slowly cool down in a draft-free location with a warm closing.