CHARACTERISTICS OF HONEY AND HONEY QUALITY One of honey’s main ingredients is glucose, and when it crystallizes, the honey solidifies to form granulated honey. Granulation is a natural process, and the nutritional content of solid and liquid honey is identical. The difference between liquid honey and granular honey can be compared to that between ice and water.

Nearly all honey will granulate if its temperature is lowered, however, some honey are far more prone to it than others.

Similar to how various people prefer different shades of honey

Some people favor liquid honey, while others favor granular honey. If you need honey in granulated form but it takes a while for it to granulate, you can seed the granulation by adding some finely granulated honey and swirling it in until it is uniformly distributed. If stored at a low temperature, the honey will now granulate.

Standing a jar of granulated honey up to its neck in a bowl of warm water (60 °C) should cause it to liquefy quickly if liquid honey is needed. But heating honey always degrades honey quality because it destroys its enzymes and evaporates volatile chemicals, which lessens the flavor.

The factors listed below are crucial for quick granulation: 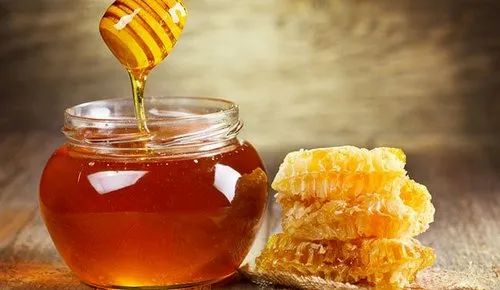 Bees always store clean, immaculate honey, no matter where they are living, whether it be in their own home created in the wild or in any form of the hive. The honey quality of the honey that bees produce is unaffected by where they live. Only later human handling can result in a decrease in quality, such as when honey is contaminated, overheated, over-filtered, or otherwise ruined. These conditions include harvesting honey when its water content is still too high (honey is still “unripe”).

HONEY Quality – according to the consumer The scent, flavor, color, and consistency of honey—all of which are influenced by the kind of plants that the bees visit—are its most significant qualities for the customer. Bees foraging on sunflowers, for instance, will generate golden honey that crystallizes (granulates) rather rapidly, but bees feeding on avocados would make dark honey that stays liquid for a considerable amount of time. Honey’s flavor and aroma are purely subjective, and its color is frequently used as a criterion. Dark honey typically has a strong flavor, whilst light jars of honey typically have a more delicate flavor. The flavor of honey is influenced by a wide range of various compounds, including alcohols, aldehydes, organic acids, and esters.

HONEY Quality – according to trade criteria Honey is not a straightforward product with a single, uniform composition. There isn’t a single, universally accepted benchmark for honey quality despite the fact that it is a product that is produced, sold, and traded in almost every nation. Nations and market areas establish their own standards for honey, specifying what it is and what should be in it (see Definitions of honey above and Honey legislation below). Exporters may find it exceedingly challenging to market honey as a result. Honey is a natural product that is made by many bee species worldwide in a variety of plant zones and climatic conditions. Even within countries, let alone between different areas and continents, honey content can vary significantly. Attempts to define honey have invariably fallen short of accurately describing all honey. Contamination of honey with the remains of drugs used to treat bee illnesses is currently a significant worry for the global honey market (see below). Instead of attempting to define exactly what honey should be, it could be ideal for the honey trade to concentrate on identifying only the components of honey that are prohibited. The EU has the strictest standards for honey purity; no antibiotic residue is allowed in honey. Certain trace amounts of antibiotics are allowed in the US.

How to get bees and Increase the number of bee colonial