The workers require space to store honey, while the queen needs space to lay eggs. One of the most baffling issues in beekeeping is the bees’ propensity to swarm when the population is out of room. Even for a hobbyist with just a few hives, it can be a daunting effort to control or prevent this phenomena. It is particularly challenging for commercial beekeepers who may have thousands of hives to maintain. 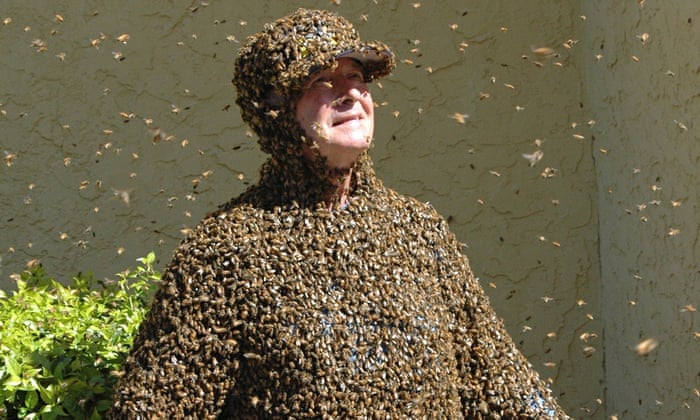 If your bees swarm, there will be a significant pause in the growth of your colony while a new queen is mated and raised in the egg-laying stakes. Less bees will be available in your hive to collect honey, and the colony will have to wait a few weeks for fresh bees to complete the transition from egg to adult forager bee. Your colony might not have enough time to produce an excess of honey that year, and if it does, the amount will be significantly decreased.

What is a bees swarm?

Instead of sexual reproduction between bees, honeybees reproduce at the colony level by swarming. Invading new places and expanding their hives are two ways honey bees can increase their population. It is challenging to prevent this type of natural reproduction and spread because it is a natural process. Most swarming happens in the Northern Hemisphere between May and June, and in the Southern Hemisphere between September and early December. Getting ready to swarm Your colony of bees will produce new queens as a result of specific hive conditions. The process starts when worker bees create little cell cups on the comb, primarily at the bottom and in close proximity to the edges.

These little cups may never be utilized, so they don’t necessarily portend an impending swarm, but whenever the circumstances allow the swarming drive to materialize, the queen will gravitate toward them and lay an egg in one or more of them. The beekeeper needs to take note at this point and start swarm-prevention techniques. These cups will be transformed by the colony into queen cells that are incredibly unique and simple to spot. If the colony is left unattended, a virgin queen will emerge from one or more of these cells after around 16 days, taking control of the colony after the old queen went with the swarm. If the workers permit her, this new virgin queen will visit the other queen cells and sting through the wall to eliminate any prospective competitors. But the virgin is now in a perilous situation. To mate with several drones, she must leave the hive and fly to a drone congregation location. After that, she must return to the hive. Her life is in a really perilous time right now. She might go lost, get eaten, encounter terrible weather, or come in contact with pesticide.

In case she doesn’t come back and they need another virgin, the worker bees may have guarded one or more of the remaining queen cells and stopped the first virgin queen from destroying them. However, if she mates successfully and returns to the colony without incident, she will be permitted to eliminate any competitors, regardless of whether they have emerged, or the bees may destroy any lingering queen cells.

Every now and then, a new virgin will show herself, guarded by the staff until they are certain she is not needed. However, this system occasionally seems to malfunction. I’ve witnessed a swarm that contained a queen and seven virgins.

This was our article. We hope it helped you in your career as a beekeeper, and do not forget to read our article about the Advice on how to raise queens bees